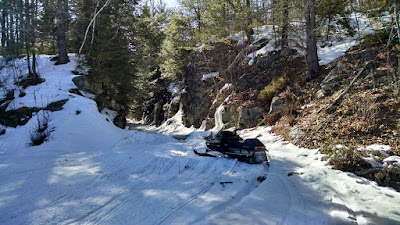 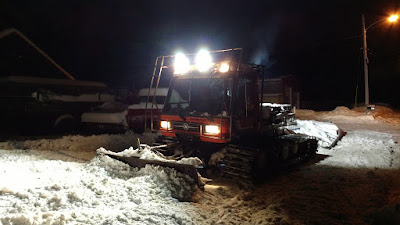 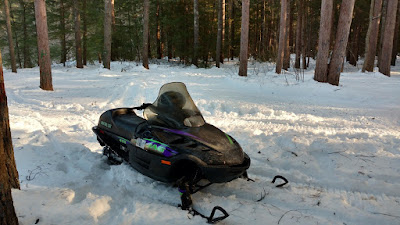 The '98 is a much more comfortable machine than the '91 at the cost of some speed. On the long straights the '91 maxes out at about 70mph, the '98 will only make around 60. Same 440 engine but the '91 is a little smaller/lighter and has dual carbs.
I think this summer I want to find a Z skid and track to put under the '91, with better suspension it'd be a sweet machine.
Posted by Curt at 4:33 PM No comments: