Another one back from the dead!

Christmas Eve eve I went over to Ed's and finished the deal for his '77 Pantera. Angie has wanted this sled since Ed hauled it home so when I heard he was looking to get rid of it I knew I should get it. Unfortunately it had sat out for a year and wouldn't start so we manhandled it into the truck and I dropped it off at home. The yesterday I finally manhandled it into the garage. There wasn't any gas in the filter so I started by cutting away all the gas lines and rebuilding the pump. The kit I'd bought for the pump was too small but I cleaned everything good and put in new check valves, then put it back in the sled with all new gas lines. Before I connected it to the carb I pulled the engine over a couple times to prove the pump was pumping which it was. 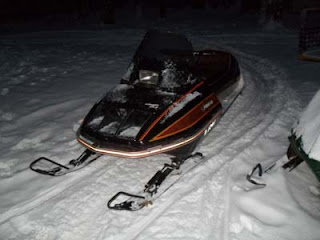 Today I connected the carb and free'd up the slide which was sticky but the sled still wouldn't go. I shot some starting fluid down the plug holes and the sled fired right up which at least proved it COULD run. So I pulled the carb, the bowl was completely empty and the needle was sticky so I shot some carb cleaner into it until it moved reliably, cleaned everything good and put it back together. 5 pulls later and it fired right up. It took a good 5 minutes for the goo to work through and get to where the sled would idle correctly and get good throttle response. 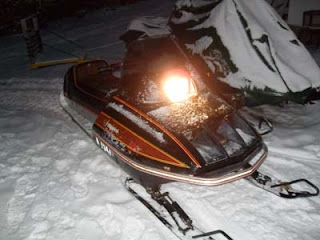 I also had to spend some time to free up the brake too, I think it was just frozen but I pulled the cable and shot some oil in until it moved good. Once the engine warmed up the brake light even worked properly. 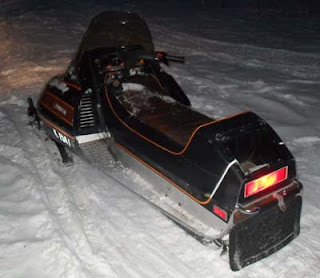 The only real issue with the sled is that the trunk door is missing. I know its at Ed's house somewhere but we couldn't find it. I'll look again in the spring.

Before getting the sled running today I made the trip down to Worcester and found the snowmobile/boat/atv registry. Hint its in an unlabled building... The lady was very nice and now both the Pantera and Grand Touring are legal to ride in MA. Now all we need is snow...
Posted by Curt at 5:48 PM